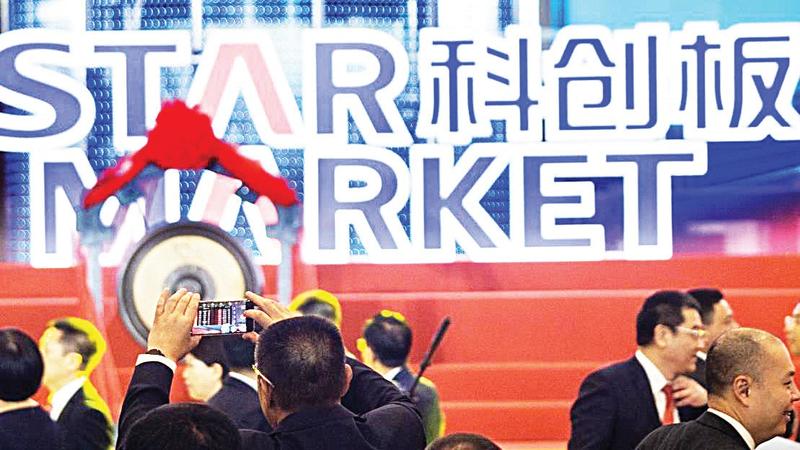 China’s new Nasdaq-style tech board, STAR market, launched in Shanghai in July, is believed to be a pool of lesser-known but competent companies. (PHOTO PROVIDED TO CHINA DAILY)

SHENZHEN – Component and part manufacturers that have independent innovative technology in their respective industrial lines are seen by investors as diamonds in the rough because China’s manufacturing sector is upgrading to high-quality development.

Component and part manufacturers that have independent innovative technology in their respective industrial lines are seen by investors as diamonds in the rough because China’s manufacturing sector is upgrading to high-quality development.

We now usually heard quick success stories of young people in their 30s and even 20s who led a company to go public in just several years, but China also needs these ‘slow companies’, which can endure the loneliness to cultivate true value, including continuous devotion to technology development.

Both domestic and overseas capital firms in different levels of the market have started looking into these “hidden champions,” a term coined by German author Hermann Simon to describe enterprises that dominate a narrow business segment but are largely unknown to the general market.

The recently opened STAR Market, China’s science-technology innovation board of the Shanghai Stock Exchange, is regarded as a gold mine for this kind of company.

The first batch of 25 companies had a strong debut, attracting 3 million individual investors with trading volume of 48 billion yuan (US$6.80 billion) and the biggest daily jump of over 400 percent on the opening. So far, the average increase of current 28 companies is 170 percent in the first month.

But even before the launch of the high-profile stock venue, many of these glitter “stars” had been quietly blooming in their specific industries for decades.

A famous business columnist, Wu Xiaobo, described them as “slow companies.” He discovered the average age of their founders is 52 years old, meaning they probably have been “plowing and weeding” in the same business for more than 30 years.

“We now usually heard quick success stories of young people in their 30s and even 20s who led a company to go public in just several years, but China also needs these ‘slow companies’, which can endure the loneliness to cultivate true value, including continuous devotion to technology development,” he said on his WeChat microblog.

Shenzhen Appotronics Corp, a high-tech company established in 2006 that focuses on laser displays, is one such company. Its product is being used in cinemas all over the country, but the company was seldom noticed before its listing.

China’s movie market is one of the largest in the world, but the movie projectors in its approximately 60,000 screening rooms had been relying on imports for a long time. Appotronics’ unique laser technology enables China’s theaters to use its own projectors when laser display is becoming dominant. So far, about 40 percent of China’s cinemas have adopted laser display equipment, according to the Chinese Film Circulation and Projection Association.

The company now has set up business with about 60 percent of China’s cinemas with laser displays and 30 percent of the domestic laser-television market. It raked in more than 200 million yuan in net profits last year, a year-on-year increase of 87 percent.

The 25 stocks also include the world’s top supplier of memory interface chips; one of the biggest research and development centers for titanium in China; and a domestic producer of semiconductor materials.

Ni Zewang, chairman of Shenzhen Capital Group, an investor of four companies listed on the STAR Market, found all the listed companies on the new board focus on technology innovation, while the growth enterprise board (ChiNext) in Shenzhen also included companies with new models when it opened 10 years ago.

“It highlights the STAR Market’s support for technology, so venture capitalists should insist on value investment in order to gain a long-term return,” he said.

The new Nasdaq-style tech board has a high level participation by venture capitalists. According to Zero2IPO Research, VC institutions’ penetration rate in IPOs was only about 60 percent in China last year, but 24 of the 25 companies listed on the STAR Market are backed by 61 investment firms in total.

Apparently influenced by the spirit of the SSE STAR Market, which on its official web page says the market is “where the rising star companies cluster,” venture-capital investors who are drawn to firms with core values are expected to reap large profits. 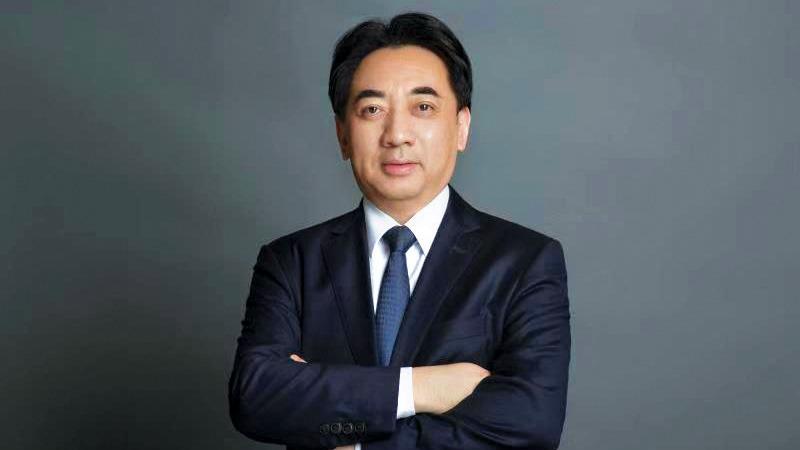 Ni Zewang, chairman of Shenzhen Capital Group, strongly suggests investors factor in long-term values when choosing which companies they will throw their money in. (PHOTO PROVIDED TO CHINA DAILY)

Ni said venture-capital investors should concentrate on one certain technology field and stick with it for the long term, instead of chasing “projects in the middle of a whirlwind.”

How to be savvy in digging hidden gems

However, analysts warn individual investors in the stock market to conduct in-depth research before jumping into the board as many of these companies’ respective businesses are not easy to understand.

Yang Delong, chief economist at the Shenzhen-based First Seafront Fund, said investors should select businesses they can understand so that the risks could be limited. He observed the performance of the 25 companies started to differ on the second trading day of the STAR Market.

In addition, now that these companies’ valuation is already ramped up, investors should be more prudent in the new market and could look for undervalued companies of similar type in the same industry but listed on the other stock markets.

“It is the mentality of how to select investment targets that needs attention,” he said.

Many security agencies recently have released reports and held seminars about “digging out hidden champions” in the A-share markets.

Yan Xiang, chief strategy analyst of Shenzhen-based Guosen Securities Co Ltd, said at a meeting on July 3 that “hidden champions” are an ideal target to invest in now because they have growth potential and their valuations are not as high as some industry giants.

In the first half of 2019, many leading industry companies had been on a bull run, but he pointed out that the price-to-book ratios of some companies, such as those in the home appliances, and food and beverage industries, are at historical high levels.

He suggested refocusing investment targets from these behemoths, which are “not cheap” anymore, to the leading players hidden in some highly specialized fields that used to be unfamiliar to the masses.

Under the background of supply-side reform, the industry concentration ratio is expected to surge and so will the return on equity of companies with majority market share in these industries, he said, adding they still have an advantage in evaluation as well.

The characters of foreign investors’ new targets coincide with “hidden champions” as well.

Foreign investors getting on board

“In the past, they focused only on one or two large companies, such as Maotai Co, but now their lists have expanded to five to 10 corporations, while observing up to 30,” he said.

“They prefer companies that produce import substitutions or lead in technology and hardware industries,” he said, adding that midsize companies also attracted their attention and they even start to investigate high-end component manufacturers.

In addition, he also stressed that “foreign investors value stable profits and a reasonable P/E (price to earning ratio), instead of chasing popular concepts, and all these characters coincide with hidden champions”.