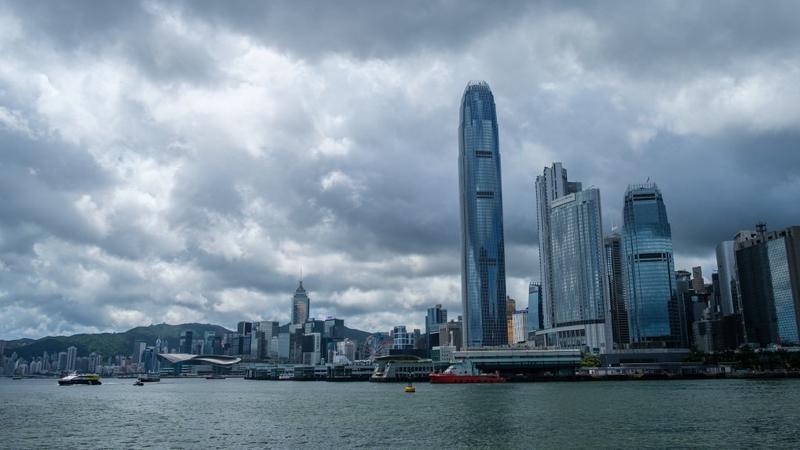 Today's world is witnessing historic changes. Asia may play a prominent role in the development of the world's civilization as it once did a few centuries ago.

And recently, China has set out clear development objectives. By 2035, it will achieve socialist modernization. By 2050, it will develop into a modern socialist country that is strong, prosperous, democratic, culturally advanced, harmonious and beautiful.

It would be a huge disaster if China and other Asian countries reached modernization in the same way as Europe, the United States and Japan. Over-exploitation and an increasingly fragile environment have already sent out warning signals.

Sustainable development is the only way forward for humanity. In 2020, President Xi Jinping announced that China will strive to reach peak carbon emissions by 2030 and carbon neutrality by 2060.

China has made great progress in green development. Currently, China's installed renewable power capacity accounts for roughly 30 percent of the global total. And energy consumption per unit steadily decreased by about 25 percent over the past eight years.

We should try to achieve more efficient and higher quality development. Today, as input intensity of traditional production factors declines, innovation should become the key driver of modernization.

We need to deepen policy reforms in the areas of science, technology, education and finance, and nurture more talents. The financial system should better support venture capital, engineering projects and basic R&D.

We should aim for more equitable and secure development. We will continue to equally support the development of the public and nonpublic sectors. We stand firmly against monopoly and unfair competition. We insist that financial innovation be placed under prudential regulation. And we will endeavor to prevent and mitigate various risks.

We should strive for common prosperity and improve the quality of people's lives. The urban-rural gaps in development and income are narrowing. China's middle-income population has been growing, up from 100 million to over 400 million in the past 10 years. While the fair market determines the factor returns, we will improve the second and tertiary income distribution mechanisms, to better the distribution structure of income and wealth.

For a long time, China's economic development and social development have had positive global impacts. Over the past decade, China contributed 30 percent on average to global growth. Yet internationally, there were some negative remarks on China.

Twenty years ago, it was said that China was not a market economy and needed a transition. More recently, they accused China of State capitalism. This is a big misunderstanding.

First, the private sector now accounts for 60 percent of China's economy. Before 1978, there was hardly any private-sector presence. If there were so-called State capitalism and State protection, how could this be achieved?

Second, China's industrial policies have been consistent with the market-oriented reform. At the end of 1970s, China encouraged light industry and lifted import restrictions on consumer goods. From TV sets to washing machines, and from sedans to trucks, the large inflow of foreign goods made China an "expo of brands of all nations".

Since late 1980s, our main policies have been to prevent duplicated constructions resulting from over-competition. In the past 10 years, we have closed down lots of high-energy-consuming, high-polluting and over-leveraged companies.

Third, State-owned enterprises in general are subject to negative subsidies from the government budget. The average tax on SOEs is almost twice that on private companies. SOEs have undertaken more corporate social responsibilities. The SOE-related government budget has been mainly used to resettle redundant workers, subsidize social security and public services.

Fourth, banks and SOEs are financially independent from each other. Chinese banks are among the most profitable banks in the world. The credit market is also highly competitive. And banks' ownership has long been well diversified. Against such a background, tunneling interests to SOEs is impossible, even for banks with a big State ownership.

Fifth, the strong competitiveness of Chinese products is not due to lack of labor protection. China's Constitution and other laws provide strong protection for people's interest, allowing employees to participate in corporate management and labor union activities. In the past 10 years, migrant workers saw their income doubled.

We don't think strikes and demonstrations are good ways to solve labor disputes. Through consultation and oversight by multiple parties, win-win results can be achieved for both employees and employers.

Looking back toward the past 40 years, Hong Kong has played a pivotal role in every stage of China's development. Hong Kong is not only China's Hong Kong, but also Asia's Hong Kong and the world's Hong Kong.

Hong Kong is vital to China's new development pattern of dual circulation. Connecting China's domestic and international circulations, Hong Kong plays a prominent role in China's two-way flow of trade, investment, finance, and legal, tourism and cultural activities. So it is necessary for Hong Kong to further strengthen the cooperation and collaboration with the mainland.

Hong Kong can play an important role in developing the Greater Bay Area, which will become a model in our modernization drive. The Greater Bay Area offers opportunities for deepening the economic, trade and financial cooperation in the region, in the country, and in the world.

Hong Kong can contribute to the development of global innovation centers of science and technology. The 14th Five-Year Plan (2021-25) proposes to support the Greater Bay Area, along with Beijing and Shanghai, to build national science centers and regional innovation hubs. Hong Kong and Shenzhen in South China's Guangdong province can support and benefit each other in such areas as digital economy, biomedicine and artificial intelligence.

As an international financial center, Hong Kong is embracing the opportunities of the new century.

"Reform and opening-up" and "one country, two systems" are China's basic national policies. They will remain unchanged. The National Security Law put an end to the violence and turmoil that were called "a beautiful sight to behold "by some Western politicians.

At present, both China and the rest of the world are going through significant changes. They will bring more favorable conditions for Hong Kong. We firmly believe Hong Kong, as a global financial center, will be more stable and prosperous.

*The writer is Party secretary of the People's Bank of China, the central bank, and chairman of the China Banking and Insurance Regulatory Commission.