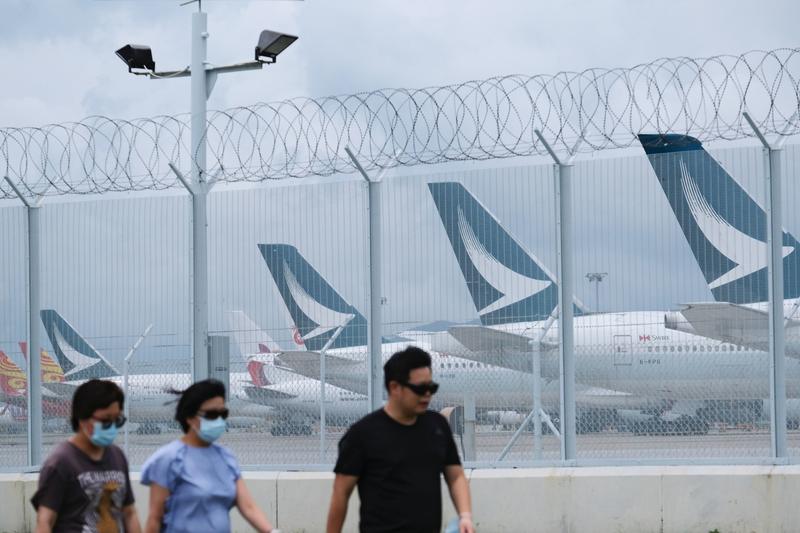 People infected with coronavirus were allowed to board aircraft and travel to Hong Kong in recent days, highlighting the challenge of controlling the pandemic while governments seek the safest ways to reopen borders.

Hong Kong’s health authorities said one infected passenger arrived Sunday from Manila on a Cathay Pacific Airways Ltd flight, and another was on a Cathay Dragon flight from Kuala Lumpur. Both were diagnosed with COVID-19 before they traveled. It also said 45 passengers on Emirates flights from Dubai over the weekend either were confirmed or probable cases. The airline only restarted flights to Hong Kong this month.

For measures to be put in place to ensure infected passengers don’t fly, it has to be done by the authorities and it’s not something an airline like us can do on our own.

The infections underscore the risk of peeling back restrictions when the global pace of infections keeps accelerating. Airlines worldwide, largely propped up by government bailouts, have been lobbying to get their planes back in the air as they face more than US$84 billion in losses this year.

The International Air Transport Association, which represents almost 300 airlines, recommends steps such as temperature checks at the airport and wearing face masks to protect passengers and crew from infection.

But the Hong Kong cases show that infected passengers can bypass voluntary requirements, and there’s little airlines can do.

“Taking temperatures and having passengers wear masks on flights are steps we can do to ensure the virus doesn’t spread,” Korean Air Lines Co said in a statement. “For measures to be put in place to ensure infected passengers don’t fly, it has to be done by the authorities and it’s not something an airline like us can do on our own.”

IATA last week outlined recommendations for COVID-19 testing, saying it ideally would be done before arriving at the airport and within 24 hours of travel. If testing is required during the travel process, it should be done at departure, and governments would need to mutually recognize test results, IATA said.

In an online conference hosted by the Hong Kong Tourism Board on Wednesday, IATA Director General Alexandre de Juniac reiterated that there needs to be much more collaboration between governments, and that it doesn’t work for countries to impose and lift border restrictions unilaterally.

Hong Kong’s Centre for Health Protection said the 30 new cases on Monday and 16 on Tuesday all had a travel history during the incubation period. The passenger flying on Cathay Flight 906 from Manila, a 58-year-old man, tested positive in the Philippines on Saturday, the day before he arrived.

Cathay, which requires passengers to fill out health declaration forms before they travel, said it learned about the passenger from health authorities after the plane landed. The airline is following “prescribed procedures in conducting disinfection of aircraft and informing the operating crew and employees,” as well as helping to trace those who were in close contact with the man.

A spokesman for the Philippine Immigration Bureau said it wasn’t the agency’s job to check health clearances.

“We only check the passport and boarding” pass, spokesman Melvin Mabulac said.

The passenger on Cathay Dragon Flight 734 was a 39-year-old woman returning from India via Malaysia, Hong Kong’s health department said Tuesday. After landing, she declared she’d tested positive and had been treated for the virus in India last month.

The Centre for Health Protection, which advises against all non-essential travel outside Hong Kong, said it is in contact with authorities in the Philippines and India to obtain more information about the cases.

The Hong Kong arrivals aren’t likely to be isolated cases. While some countries, including Australia, have said their borders are likely to be effectively closed for the rest of the year, others -- including members of the European Union -- are working on allowing more international flights.

Biogen Inc said in March it fired a female worker who returned to China from Massachusetts without disclosing her infection. Local media said the 37-year-old took a large dose of anti-fever medication before she boarded to hide her illness.

JetBlue Airways Corp. banned a passenger who flew from New York to Florida and notified the crew after landing that he had tested positive for coronavirus, CNN said in March.